The entire Majeka House team are fully vaccinated against Covid-19

JERUSALEM artichoke petals, amaranth and sea lettuce are just a few of the locally-sourced ingredients that create a strong sense of place and season at Makaron, the award-winning restaurant at Majeka House & Spa in Stellenbosch. In fact, the fertile Stellenbosch Valley couldn’t be a better culinary playground for Makaron’s produce-driven Chef Lucas Carstens, who sources nearly all the ingredients for his dirt-to-delicious cuisine from within a 20-kilometre radius. 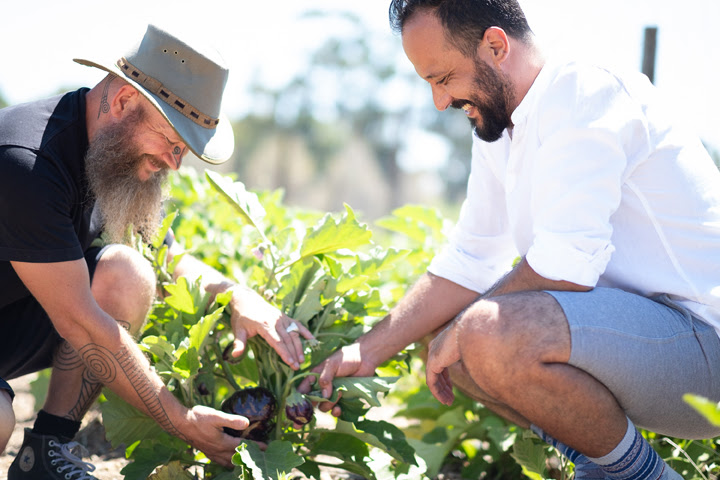 “Produce inspires me more than any other component of a dish,” says Lucas. “The protein part of the plate is usually less seasonal. It’s really whatever fruit and veg are in season that gives a dish its character and context.”

Currently, he is elbows deep in late summer bounty, which means tomatoes, figs and fig leaves, grapes and gooseberries are putting their seasonal stamps on the menu. “This valley is an inspiring place for a chef to work,” says Lucas. “We are surrounded by small-scale ethically-minded farmers who are keen to have working partnerships with chefs and they take their roles seriously in bringing fresh and often unfamiliar flavours to the plate.” 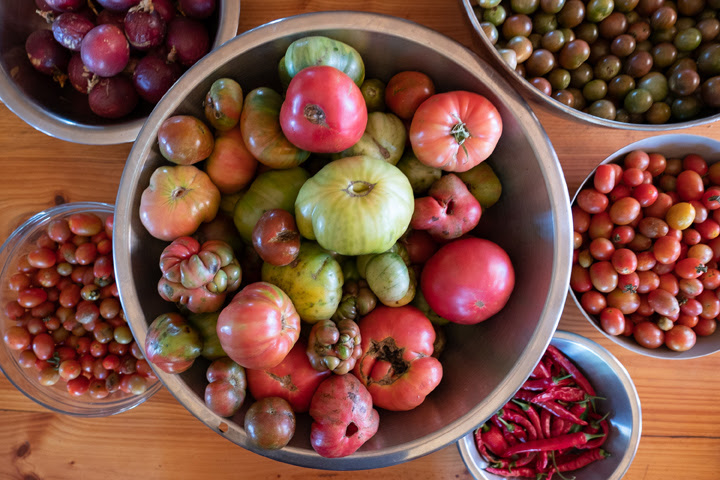 “There is a constant influx of awesome produce. We’re also able to grow many fruits and vegetables in our own Majeka House garden, just outside our kitchen door. Things like nasturtiums, swiss chard, gooseberries, and herbs: from basic basil and rocket to the more unusual, like Vietnamese coriander and lemon verbena. The other great thing is that because we’re so close to our suppliers, we can operate more sustainably, cutting our carbon footprint by lessening long-distance deliveries and buying only what we need, which means less waste.”

About a ten-minute drive from Majeka House is Genesis Farm, a family-run organic farm that is Makaron’s main supplier of organic produce. On an 8½-hectare plot (half of which is non-plowable or plantable conservation land) farmers John and Jolene House grow high quality specialty produce, with the same sustainable philosophy that guides their chosen down-to-earth lifestyle. “We’re more like a large market garden than a farm,” says John. “We grow weird and wonderful stuff that chefs are impressed with. More than a potato, unless you’re talking about a purple one!” 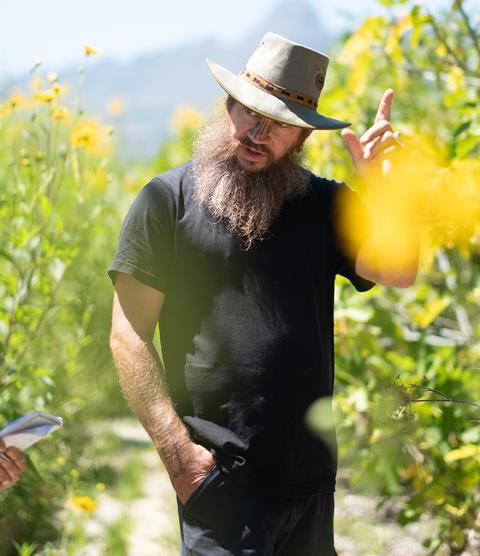 Here, besides purple potatoes, you’ll find asparagus, Jerusalem artichokes, purple frilly mustard, saltbush (a wild salty shrub) and many varieties of tomatoes, from black cherry to crazy-looking heirlooms. Genesis is also home to 450 Lomans laying hens, which produce about 250-300 eggs a day. The eggshells range in shade from beige to cappuccino, the variation due directly to the hens’ healthy diet, which includes lots of farm-grown vegetables. Their manure goes back into the farm’s compost, creating healthy soil and ultimately, the intensely flavoured produce Genesis is known for.

When it comes to fish and seafood, Makaron’s major supplier is Abalobi, the small-scale fishing initiative that empowers local fishers. Abalobi’s “from hook to cook” sustainably caught, 100% traceable fish is delivered directly to chefs, which eliminates the need for a middleman in the value chain. The fishers earn a fairer wage, and chefs are thrilled with the freshness of the fish they receive, which is caught within 24 hours of delivery. Lucas regularly procures ethically caught yellowtail, mackerel and cape bream, as well as octopus, which currently gets a simple, summery (and super creative) treatment on Makaron’s menu. Lucas steams the octopus, chills its tentacles in a tight cylindrical roll, slices this thinly and serves it with fresh figs, suur vygie (sour fig) vinaigrette and saltbush leaves.

Foraging may be somewhat of a buzzword, but for chefs like Lucas, it’s a viable local source of flavour-packed ingredients. At least once a month, Lucas heads south to Kommetjie Beach with a cooler box, where just before low tide, he gathers kelp, sea lettuce and dune spinach – carefully taking only as much as he can use. Upon returning to the kitchen, the kelp is dried, and later rehydrated to make dashi (a versatile flavour-packed vegetable stock) or used in a dish, like his braised beef short rib served with kelp puree and sticky hollandaise (given extra umami with dried sea lettuce powder). 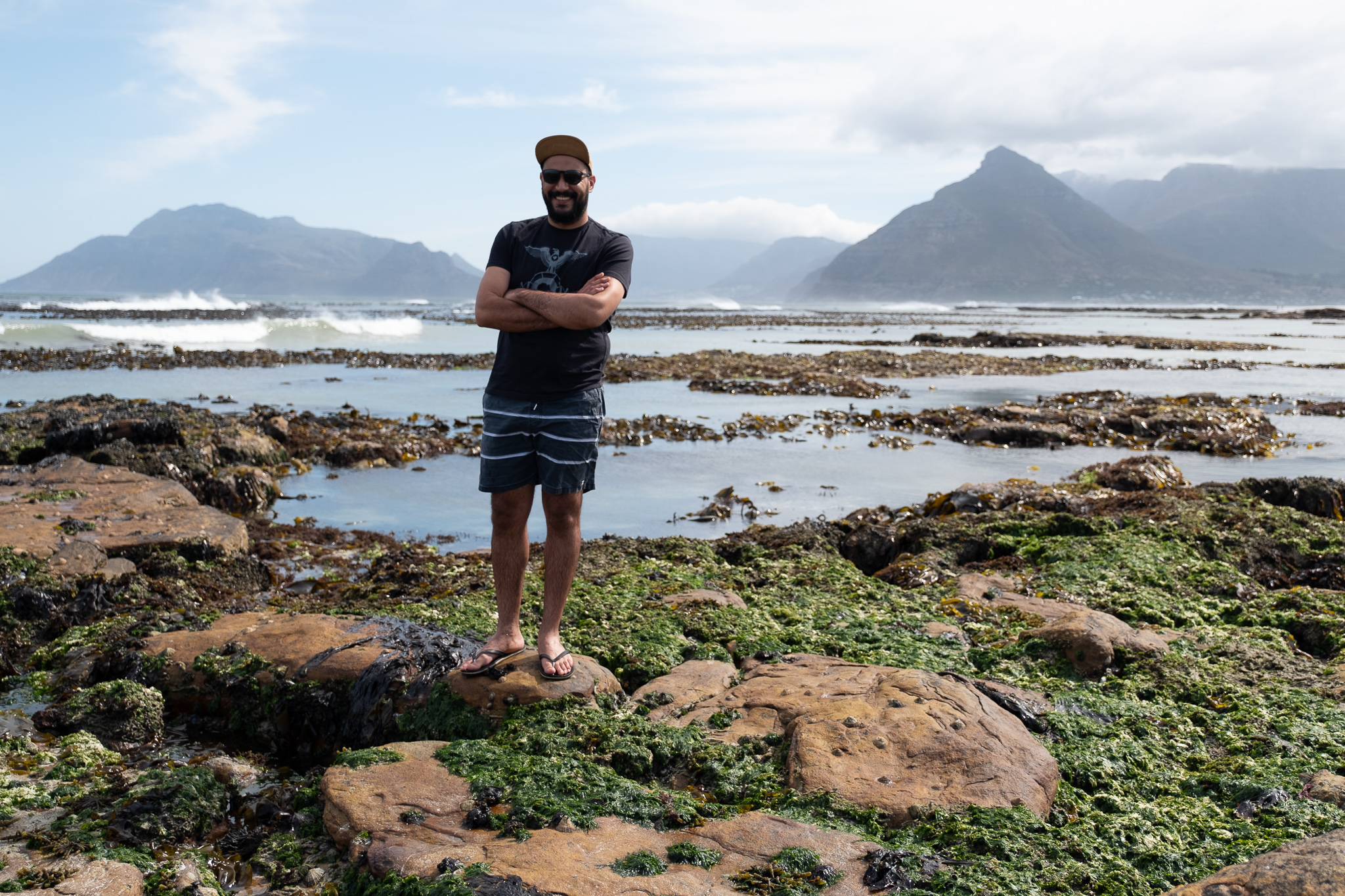 Flavour and sustainability dictate the suppliers Lucas does business with, some of which are Ryan Boone Meats and Farmer Angus for beef and Glen Oakes Farm for pork. When he goes farther afield, it’s for good reason: take the 50kg bags of Strandveld-grown heereboontjie (heirloom beans) he regularly sources from Chef Kobus van der Merwe (of award-winning Wolfgat Restaurant in Paternoster). The beans form part of a Makaron signature amuse-bouche: they are cooked, pureed and piped over a fresh runny egg from Genesis Farm.

Majeka House’s commitment to local suppliers extends beyond the kitchen to the wine cellar, with at least two-thirds of wines on the wine list of Stellenbosch origin. Sommelier Brenda Karamba actively sources boutique wines from in and around the Valley, many of which come from smaller producers. Thinking like a locavore (someone who eats only local food) breeds community amongst chefs, growers and artisanal producers. It also raises the bar for everyone, with better and fresher ingredients.

“This is how I love to cook and to eat,” says Lucas, who embraces the way a modern menu of smaller plates showcases so many more flavours and seasonal ingredients, than the traditional trio of starter, main and dessert. “Eating this way is not only more interesting but lighter and healthier for our bodies – not to mention better for the planet. For those of us who love food, it’s also the most delicious: you just can’t beat locally grown for flavour.” 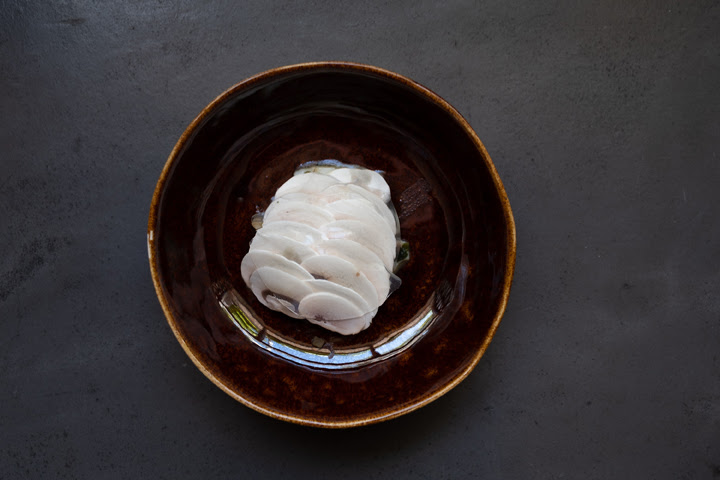